Terms that describe who or what members are; such as "little" or "fictive." These are usually involuntary, but as with everything, differs from person to person.

Age Slider: A person whose age varies, changes, or "slides" at different times. Is not the exact same as (SFW) Age Regression, but for some, they're considered the same thing.

Big: A name for adult/older system members, sometimes a term used just by littles but may vary between systems. [ID: A horizontal three-striped flag. Top to bottom, stripes are orange, purple, dark cyan. In the center is a simplistic pink cloud. ]

Little/Syskid: A young system member, commonly up to 12 years old. [ID: A horizontal three-striped flag. Top to bottom, stripes are purple, yellow, green. In the center is a red symbol of a person with their arms raised. ]

Lost Adult: Bodily in headspace, they look like an adult and identify with older ages, but mentally they think more like children. Someone with a "stunted" age, who physically grew up but mentally did not. [ID: A horizontal three-striped flag. Top to bottom, stripes are seafoam, indigo, yellow. In the center is a dark red star. ]

Introject, or introtive, is a term to describe system members who originate or are based on an outside source. 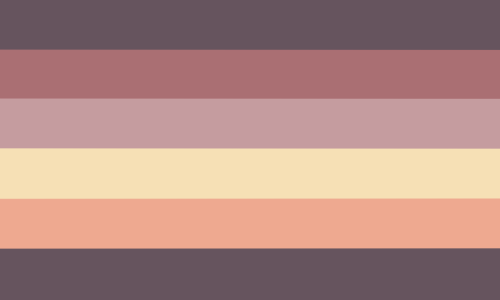 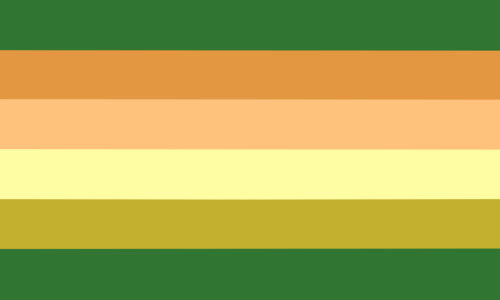 Amitive: An introject of a member of another system, usually a system that is close to you but not always.

Factive: An introject of a real person.

Faitive/Fucktive/Fcktive: An introject in between a real person and a fictional source.

Fictive: An introject from a fictional source.