These origins can apply to either systems as a whole, or individual members. As with many things, some system members may not choose to individually identify with any origin. 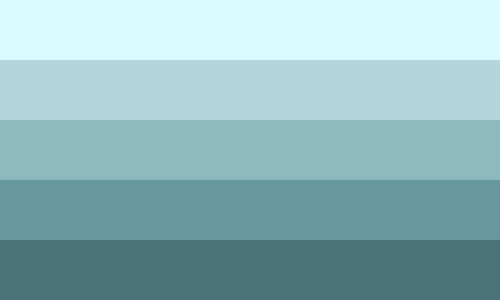 [ID: A horizontal five-striped flag. Stripes are in a gradient from very pale ice blue to a darker blue-gray. ]

Agenic: Having no origin, or not wanting to find one.

Endogenic: Not formed by trauma.

Quoigenic: Does not know or does not care about origins.

Metagenic: Metaphysical or spiritual origins. Does not have to be tied to a specific religion or practice.

Neurogenic: Formed due to, or to cope with, a mental illness or neurodivergency.

Othergenic: A catch-all term for anything other than Traumagenic and Endogenic. Mostly as a search term so it’s easier to find things that are more specific. Paragenic: Caused by having Maladaptive Daydreaming Disorder, or similar experiences such as being a Neuronarrator. [ID: A horizontal six-striped flag. The four top and bottom stripes are symmetrical, dark green and dark blue. The two middle stripes are thinner. One is black and the other is white. ]

Solumgenic: Formed due to loneliness. Can be under the traumagenic or endogenic umbrella. 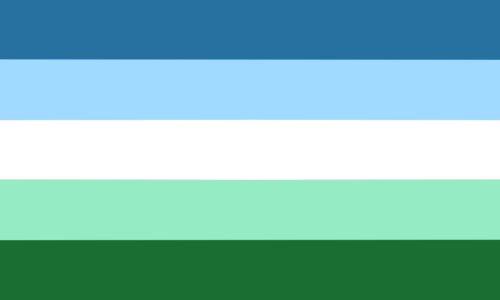 Spontogenic/Spontaneous: Spontaneously created; no particular cause or event that causes it.